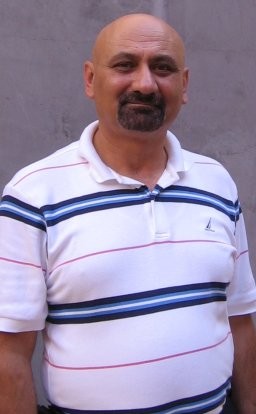 Water is a limiting factor for agricultural, industrial, and urban development in arid and semi-arid regions, such as the Middle East and North Africa. The quantity and quality of water will constrain development plans for future expansion in many countries. Water management in arid and semi-arid regions is challenged by the rapid increase in the population that competes for shrinking water resources for agricultural development. Skilled management of water resources in arid and semi-arid environments, such as the Middle East and North Africa require detailed information on the expectation of extreme events, such as prolonged drought. One needs to know the variability of local climate on time-scales of, not just of decades, but for centuries to better understand and prepare for drought conditions in the Middle East.

During the last seven years, Dr. Touchan in collaboration with Dr. Hughes conducted the first large-scale systematic dendroclimatic sampling for the eastern Mediterranean region and the Middle East (Turkey, Syria, Lebanon, Jordan, Cyprus, and Greece). They were able to build an extensive network of well-replicated, climatically-sensitive tree-ring chronologies in the Middle East, based on a variety of tree species. Several well-calibrated and verified climate reconstructions reaching back as far as AD 1097 have been produced and are either already published, have been submitted for publication, or are at a late stage of preparation for publication. Their precipitation patterns, and the patterns of tree-ring variation they produce, have been found to be related to large-scale atmospheric circulation features during the instrumental period (1948-2000). Drs Touchan and Hughes in collaboration with colleagues from the University of Bern, Institute of Geography and NCCR Climate, Switzerland did a pioneering comparison between the derived tree-ring data and an independent reconstruction (based primarily on documentary and early instrumental evidence) of large-scale SLP and surface air temperature estimates. It showed that the large-scale climatic patterns associated with precipitation and tree-ring growth in this region have been substantially stable since AD 1764. Their research in the region depended on the collaboration of scientists from different institutes in the region.

In support of an ESH Holocene Project (2001) objective to reconstruct global climate, Dr. Touchan conducted the first region-wide systematic tree-ring sampling for climatological study in North Africa. His objectives were to establish a multi-century network of climate records for the North Africa based on tree rings by extending and enhancing existing tree-ring datasets, and by developing new tree-ring chronologies geographically and temporally. This network is being, and will continue to be, used to study interannual to century scale climate fluctuations in the region and their links to large-scale patterns of climate variability.

Dr. Touchan's research will improve and update climate history of the Mediterranean and Near East, and provide a baseline for assessing present and future change. Data generated by his work will continue to fill critical gaps in multiple regional and global climate databases valued by modeling programs such as PAGES, CLIVAR, NOAA-OGP, and NASA-EOS and can be used and applied independently to active investigations in regional paleoecology and archaeology. His findings from his research will contribute essential information about climatic variability and its role in global change to the research-policy community. It also should have considerable impact on international water resource policy, management and political agreements between countries in the Middle East and Mediterranean region.