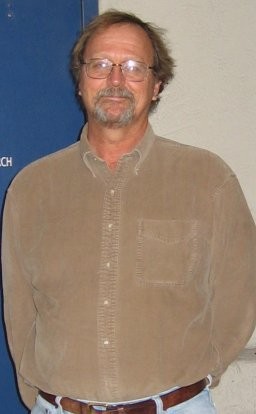 Dr. Meko applies tree-ring data to identify features of the natural variability of streamflow, precipitation, and other hydroclimatic variables that might not be evident from relatively short gaged instrumental records. His work geographically focuses on the semi-arid western United States, but has included studies in Canada, Mexico, and the Meditteranean region. Meko's early work had a strong methodological emphasis, which has continued to the present and resulted in several advances in streamflow reconstruction modeling: the incorporation of time-varying subsets of tree-ring sites into reconstruction models; the probabilistic interpretation of reconstructions; interpretation of earlywood-latewood width parameters to refine the seasonal resolution of reconstruction of moisture variations; and exploitation of remnant-wood collections for improved robustness of streamflow reconstructions in early centuries of the tree-ring record.

Water resources reliability is an overriding theme in much of Meko's more recent work in western North America. Meko's streamflow reconstruction studies have generally been directly funded by water agencies. Research for the California Department of Water Resources found strong evidence that extreme past droughts in the Sierra Nevada have been associated with a sustained northward shift of the storm track and decreased moisture delivery to the Sierra Nevada. Work for the Salt River Project (SRP) quantified the likelood of simultaneous drought hitting the local and remote runoff-producing areas for SRP water supply. An ongoing project for the U.S. Bureau of Reclamation is aimed at incorporating climate-variability and climate-change information into management of the Colorado River. The questions addressed by Meko's research sometimes extend beyond water supply. For example, a project for the National Park Service addressed effects of climatic variation on the ecosystem health of a riparian stand of cottonwood trees in Great Sand Dunes National Park; and a project for B.C. Hydro was aimed at determining whether construction of a dam on the Peace River has led to unprecedented alterations in the hydrologic regime of the Peace-Athabasca Delta, a climatically sensitive wetland of major international importance for its stature as a wildlife habitat and staging ground for migrating bird species.